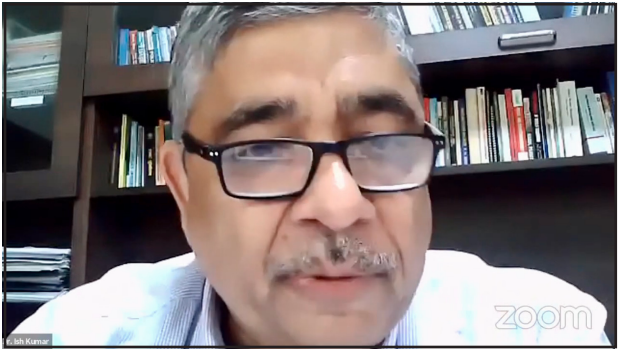 Let me begin with congratulating Common Cause, CSDS and other partners in bringing out the series of reports every year, right from 2018, on the status of policing. To my knowledge, there were no such reports or series of such reports earlier. The National Crime Records Bureau (NCRB) does publish data on crime, accidental deaths and suicides in India, but they are more of statistical treatises and don’t come with these kinds of surveys or interview-based studies. There are definitely crime victimisation surveys done by some NGOs, like the IDFC Institute, and Commonwealth Human Rights Initiative (CHRI).

So Common Cause, please keep it up and go ahead with these kinds of reports. In the long term, they are going to be very helpful for policing to improve in this country.

Coming to the present report, whatever I’m going to say as a retired police officer, is not a justification for any police action. But maybe I will try to look for reasons for certain police behaviour. About the indiscriminate arrests and targeting of marginalised groups, which the report also talks about, here is my own impression. The Muslim minority may have been targeted, as Tablighi Jamaat was listed as a group of Covid-19 spreaders. No other groups get specifically targeted, but are at the receiving end of police action because they are easily visible on the ground.

I don’t think the police try to find out whether you are an SC, ST or OBC before taking any

There’s a feeling that Khaki gives you the power to do anything.

action. However, these kinds of arrests, beatings, or the fear of the police, which the report talks about, are not specific to pandemic policing. Some of these are age-old issues, ailing the police system in India owing to its colonial setup through the Police Act, 1861. So, the lack of sensitivity towards the common man and lack of service orientation as well as some of the inherent biases --- caste and gender --- are there. In addition, there’s a feeling that Khaki gives you the power to do anything. Issues like belief in the danda culture, lack of democratic values, accountability, are being talked about and do need reforms. Prakash Singh Ji has taken up this project, for the last two decades and has been fighting for institutional reforms. Maybe we need to look at internal reforms within the police system. The Indian Police Foundation has established a centre for internal police reforms. We are trying to look at many of these issues and see how best they can be addressed.

With regard to the current Covid-19 outbreak, the police force in India or anywhere else in the world had no experience in dealing with a pandemic of such scale. So, there were no existing SOPs or instructions as to how to go about it. As the nationwide lockdown was announced with only four hours’ notice, there was hardly any time to prepare well. The lack of experience, time to prepare and existing SOPs may have been coupled with the government pressure of enforcement at any cost. The lockdown was announced in March 2020, when there were less than 500 cases. But maybe the instructions were to shut everything. So, people visible on the ground, doing their job, or getting essentials were beaten up by the police. And it has resulted in excesses. I still remember the deaths of the father and son duo in Tamil Nadu. Another person in Bengal, who had gone to fetch milk, was beaten badly. There have been such aberrations. Government instructions were there and maybe the police were also overzealous in following those instructions. People did suffer.

You must have also observed that the instructions were evolving. Every third or fourth day there used to be a different instruction from the Ministry of Health or the Ministry of Home Affairs. So even they were thinking and evolving the processes. Right from stopping the migrants in

The police were doing their duty with a substantial risk of infection to themselves.

Also, the police were doing their duty with a substantial risk of infection to themselves. Almost 3.8 lakh out of 27 lakh police personnel have been affected. Hence, around 12% of the police force were infected with Covid-19, against 2.5% of the general population. To my knowledge, around 2657 police personnel have also died. So, if more police personnel get infected then they cannot continue with their duties. Hence, a lot of emphasis was being given to internal resource management. Managing the spread of Covid-19 in police stations and police lines needed supervision as well.

If Common Cause does an analysis of the police response during the second wave of the pandemic in India, it will find a huge difference between police practices between the two waves. In the second wave the police escorted oxygen cylinders, made green corridors, facilitated oxygen availability to people in their homes, arranged for

The police force in India or anywhere else in the world had no experience in dealing with a pandemic of such scale.

medicines for the senior citizens etc. Maybe they learnt a lesson, but it took them some time.

What we really need is to prepare pandemic response plans for the police forces. Mr N. Ramachandran, president and founder of Indian Police Foundation (IPF), has held some meetings with Bureau of Police Research and Development (BPR&D) for preparing pandemic response plans as well as SOPs so that the third wave, if it happens, can be dealt with effectively. When Covid-19 started spreading last year, I was a National Human Rights Commission (NHRC) Special Rapporteur. After seeing all these police excesses, I wrote to the NHRC in May, saying that they must issue guidelines for the police to behave properly and protect the rights of the citizens. NHRC did constitute a committee and their report, published later, talks of minimising all kinds of unnecessary arrests. I would also like to tell Common Cause that discussing these reports at this juncture is very well, but it must make efforts to ensure that the report reaches around 100 Superintendents of Police (SP) and Commissioners of Police (CP) in the country. They are the people on the ground. If the whole report cannot be sent, then regional workshops and seminars can be organised by Common Cause, with help of IPF or BPR&D, in their state headquarters. Until the report reaches the people who really matter on the ground, it remains only an academic exercise.