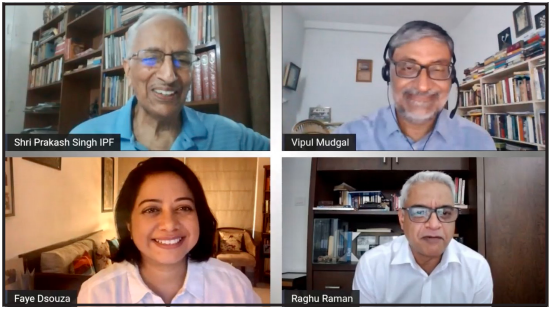 Speaking on the occasion, Mr Prakash Singh pointed out that both the bureaucracy and politicians have been opposed to police reforms. “And I have no hesitation in admitting that a section of the police officers too are either not enthusiastic or even opposed to it,” he added.

Mr Singh went ahead to elaborate on the issue. He posited that there is no unanimity within the police force on the subject of police reforms. “A class of police officers, who have climbed up the ladder by hobnobbing with and cultivating politicians think that the whole system was fine,” he said.

The current petition requested the court to step in again, this time to revive the spirit of the 1962 judgment. We also prayed that the court reiterate that sedition actually meant “incitement to violence or tendency or the intention to create public disorder” and not “strong criticism.” The court disposed the petition ordering authorities to rely on the Kedar Nath case while dealing with cases under Section 124A.

Mr Raghu Raman, on the other hand, put the onus on the citizens of the country to demand the service they deserve from the police. “The consumer of the sovereign services should be educated enough to demand them as the right of the citizen,” he said.

Dr Mudgal felt that police reforms is not a standalone issue but one that impacts the entire nation’s future as a democracy and economic power. Police reforms need to be done not as a one-time event but as a continuous process if we really care about being taken seriously by the world. If not done with dedicated focus, all aspirations of the nation as an IT superpower will sound hollow and meaningless. The way forward, according to Dr Mudgal, is a meaningful involvement of the public in policing. “Constitutional conduct should be part of the curriculum of students. Better expectations of the police can be the only way to get better results,” he said.

The discussion also touched upon themes of internal reforms within the police, the politicisation of the police and much else.

Mr Raman argued that issues like vacancies within the police force and non-adherence to the Supreme Court judgment point to a deeper malaise. These are merely manifestations of the belief that the current police force is good enough for the common citizens. “If we really want to move the needle, we will have to draw a connection between the lack of good policing and the GDP of the country,” he said.

The second day of the event held on September 23, 2021, featured the 7th IPF Foundation Day Lecture by the Chief Guest, Justice Kurian Joseph, Former Judge of the Supreme Court of India. Themed as the ‘Role of the Police in Securing Citizens’ Rights and Strengthening India’s Democracy,’ the lecture raised questions on whether the police can secure at least the dignity, if not the rights of the SCs, STs and the rural masses. “A big question is, are the police in a position to protect those who stand for the rights of these people? Civil society movements and whistleblowers who stand up for the least, last and lost seem to be a big headache for the executive,” he said.

Maintenance of law and order is the primary role of the police. But Justice Joseph questioned whether we are able to protect the civil societies who stand up and speak out for the millions of helpless tribals, SCs, migrant workers and poor labourers who have been oppressed and suppressed.

“Then how does this democracy become participative?” he queried, adding that casteism, communalism and corruption pollute the Indian democracy

In a free-wheeling address, Justice Joseph wondered whether police personnel are contemplating on the scale and scope of their role at all. He also wished to bring under scrutiny the underlying anxieties and the systemic persecution of the personnel themselves. To shed light on these issues, he posed a barrage of soul-searching questions to the police: “Whom are you afraid of? What are the consequences that you will face --- a transfer, promotion, maltreatment? Do you realise that yours is a public service?”

Concluding the session, Dr Ish Kumar, Member, IPF Executive Committee, acknowledged that a transformation of perspective for the police was the need of the hour. He reiterated that it is the duty of the police to protect the dignity and rights of citizens, including the poor and marginalised sections. However, he added that the police are never sensitised on such issues in the academies or training institutions. “Justice Joseph’s suggestion of the right to legal aid at the police station is a wonderful idea. The police agencies and legal service authorities should start working on this,” he said.

The event can be watched here: https://bit.ly/3Du9HOc 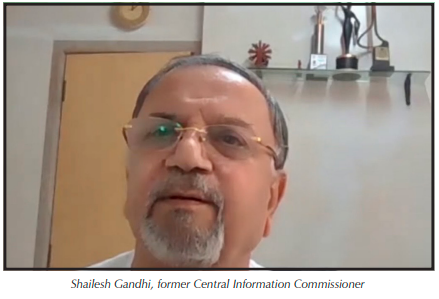 Mr Gupta, in his address, explained the legal provisions around surveillance and stressed on the accountability of people authorised to carry it out. In addition, he highlighted the importance of the legal systems, legal review and reforms of the surveillance architecture. “If we want to progress as a democracy, then the police, intelligence and security have to work towards our safety and fundamental rights,” he said.

Dr Mudgal acknowledged the critical role of the surveillance mechanism in national security. However, he warned that excessive and unregulated data surveillance, done with the help of global media tech companies, possesses greater threats to democracies. He illustrated his argument with the example of the Cambridge Analytica scandal, where data harvested from Facebook was used by external entities to manipulate elections in the UK and US through targeted advertising. He added that along with surveillance, schemes like Electoral Bonds have made it easier for external entities to bring in foreign funds in the Indian electoral process and manipulate it.

Mr Gandhi explained how the common man has been left with no option than to accept that surveillance at public spaces is unavoidable. However, he focused on the collective need for proper process while undertaking surveillance. Mr Patel discussed the ongoing Pegasus case, in which political leaders, journalists, prominent personalities and even judges were allegedly placed under surveillance. “Surveillance should be used to strengthen democracy and not to break it, which is happening in today’s time,” he said.

The well-attended webinar witnessed active participation from numerous practising lawyers, RTI activists and civil society members. Many of their concerns were addressed in the event.

The event can be watched here: https://bit.ly/3lgj1yW 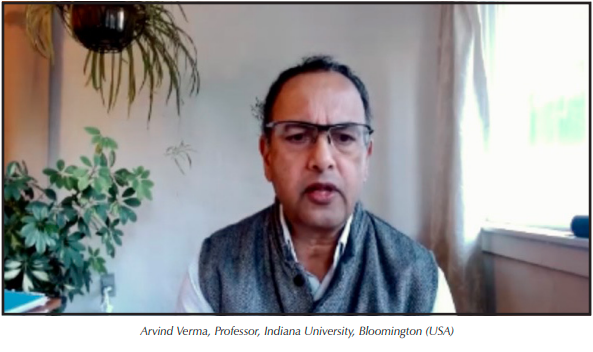 Common Cause participated in the webinar ‘Police Reforms: Promoting Effectiveness and Accountability,’ organised by Synergia Foundation, an independent and strategic think tank, on September 24, 2021. The webinar was held in the backdrop of minimal changes in the nation’s policing framework in more than 150 years. Currently viewed as selectively efficient and politicised, the police seem to be losing the trust of citizens with each passing day. Therefore, the virtual event sought to discuss alternate approaches to police reforms and ways to enhance effectiveness and accountability in the judicial system. Prakash Singh, former DGP and Chairman, Indian Police Foundation, Meeran Borwankar, former DGP, Vipul Mudgal, Director, Common Cause and Arvind Verma, Professor, Department of Criminal Justice, Indiana University, Bloomington (USA) participated in the discussion.

The speakers held forth on the challenges in police reforms and ways to increase participation of citizens to bring about sustainable reforms in the justice and security system.